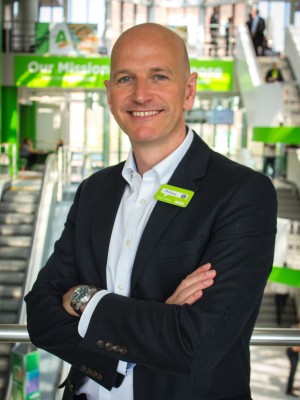 Anthony Hemmerdinger was appointed to Asda’s Executive Board in 2018 as Retail Director having joined the company in 2016 as Vice President retail south. His remit was subsequently extended to include property and technology. He joined Asda from Greene King where he was Managing Director of its local pubs.

With over 20 years in senior retail roles he began his career with Marks and Spencer where he worked for 17 years in retail and business change functions.

Anthony has also worked for Sainsbury’s, running stores in London and the south before moving to Carphone Warehouse as Retail Director. He later returned to Sainsbury’s as Managing Director of its new business function primarily focussing on telecoms.

Anthony lives in Yorkshire with his partner and has two grown up children.