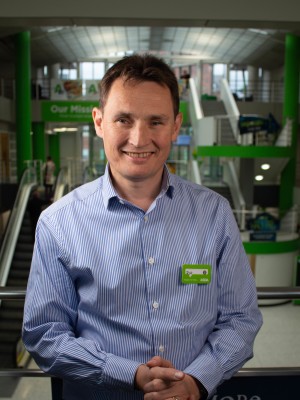 Rob is Chief Financial Officer of Asda, having re-joined the business in August 2018. After qualifying as an accountant, Rob originally joined Asda in 1997 and held a variety of finance, strategy and change roles, before being appointed UK Finance Director in 2011.

Rob joined Amazon UK in 2013 initially as UK CFO, before becoming Vice President for Consumer Products, including Grocery. Rob was a Non-Executive Director and Audit Committee Chair at Ten Entertainment Group plc, and is currently Independent Director at YPO, the UK’s largest local government buying organisation, and a board member at Jisc, the digital agency for UK Universities and Colleges.

Rob has a BSc in Mathematics from Durham University and is a Chartered Management Accountant (CIMA).

He lives in York, is married with three children, and is a keen runner.