Asda shortlisted for Women of the Future Award for Business

Asda shortlisted for Women of the Future Award for Business 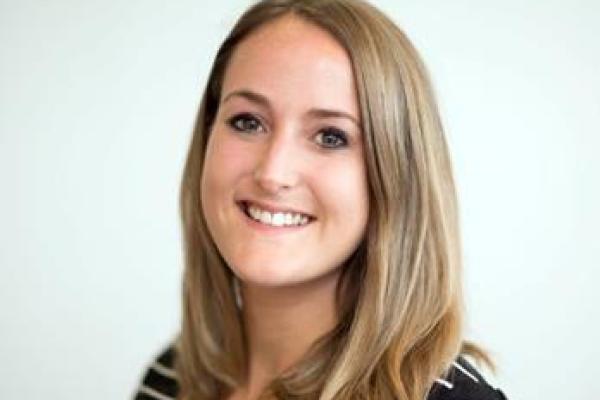 An Asda colleague, who is responsible for the business’ pricing strategy, has been shortlisted for the Women of the Future Awards for Business.

Now in their 11th year, these awards recognise the inspirational young female stars of today and tomorrow. They are open to women aged 35 or under and celebrate talent across categories including business, culture, media, technology and more.

After graduating from university in 2011, Alex Newbould joined the pricing team at Asda. In the last five years, she has been promoted three times in the last five years and is currently the Senior Pricing Manager. Demonstrating her determination to progress through the ranks, Alex heads up the 10 people strong pricing team as well as multiple agencies and is responsible for the creation and execution of Asda’s overall pricing strategy.

She is a great leader of people and has gained huge credibility and influence in the organisation through her use of data to drive business decisions and in delivering strategies that have resulted in change within the organisation. In 2015, Alex was handpicked to become a Culture Catalyst to support Asda’s culture, inclusion and diversity within the workplace.

Speaking about being shortlisted, the 27-year-old, from Country Durham, said: “To be nominated for such a prestigious award is a huge honour.

“I have been able to meet the other candidates in the running and it was a pleasure to spend time with truly inspiring women who are having a massive impact in their chosen field.

“I also can’t thank Asda enough. It’s an organisation that really invests in its staff and I have received so much support and encouragement from the management team. I am extremely grateful for the opportunities I have been given to develop personally and professionally.”
Liz Lamb, Senior Director, Customer Insight, at Asda, said: “Alex is a formidable young woman - highly commercial, influential and passionate about what she does. Whilst she's successfully forging her own career within Asda, she's also a dedicated manager and coach. Those that have been managed by her have blossomed - testament to her authentic, caring and effective leadership.

“Multifaceted, Alex has succeeded in every role she's taken on - pushing to always better herself, her outputs and those of her team. I have no doubt that she will continue to go from strength to strength to become a phenomenal female leader of the future.

“We are committed to supporting young people in our business - we believe Alex would be a worthy winner and wish her all the best for the final.”

Pinky Lilani CBE DL, Founder, Women of the Future, said: “This year’s shortlist demonstrates that the pipeline of female talent in the UK is stronger than ever. We were delighted with the quality and diversity of the applications we received this year, which made it an incredibly difficult task to decide on the final few. Congratulations to all of our very well-deserving shortlist.”

The winners of this year’s Awards will be announced at the Women of the Future Awards gala dinner on November 16th, held at the London Hilton on Park Lane.

Asda and Pura create UK’s first in-store signage from recycled nappies
Asda has joined forces with eco-friendly baby brand Pura to help to tackle the issue of plastic waste, by producing the UK’s first in-store signage using recycled nappies.The signs which will be used on shelving selling Pura products in 320 stores, replaces plastic shelving.It’s estimated that the equivalent of 7,220 used nappies were recycled to…

I a-dough you: Grab your own 'pizza' Valentines from Asda
Asda has brought back its popular heart-shaped pizzas just in time for Valentine’s Day – and it just so happens, TikTok users are going wild for the idea of love-themed pies ahead of the most romantic day of the year.The much-loved heart shaped pizza is available on Asda’s popular pizza counters and online* from today - 30th January. Priced at…