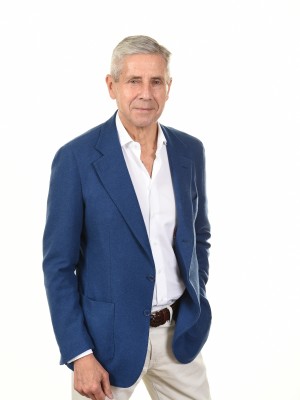 Lord Stuart Rose was appointed to Asda’s board of directors as Chairman in December 2021. He is responsible for leading the Asda Group Board.

Stuart possesses a wealth of retail and business experience, having been a Chair, board director and Chief Executive of many of the UK’s biggest retailers, including Marks & Spencer. He joined M&S as a management trainee in 1972 and returned in 2004 as CEO and then went on to become Executive Chairman.

His non-executive career included roles at Woolworth Holdings SA and, Ocado, where he spent seven years as Chairman between 2013 and 2020.

He was knighted in 2008 for services to the retail industry and corporate social responsibility and granted a life peerage in August 2014.

Stuart appears to have no hobbies apart from work and has a dog called Bruce.