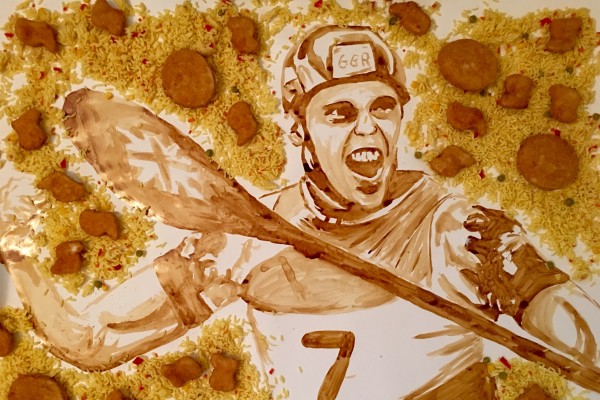 Following on from Team GBs success in Rio this summer, Asda has unveiled a selection of the teams golden moments in the form of golden food art.

Mo Farah, Joe Clarke, Laura Trott, Jason Kenny, Max Whitlock, Jack Laugher and Chris Mears, who will all return to Britain with a hero’s welcome after their golden achievements, were the focal points for the five pieces of edible art.

An Asda spokesperson, said: “The nation is full of pride on the back of the success of our golden athletes this summer in Rio, so after creating a golden trolley for Adam Peaty, we wanted to celebrate some of our other golden heroes and what better way to do this than recreating some of those golden moments with some golden themed food art.”

Living on the veg! Say hello to Asda's showstopping vegan summer BBQ range
With National Vegetarian Week taking place from the 16th May, Asda has just unveiled its stunning new vegan BBQ range. With prices starting from just £2, the range has started landing in stores and online now.First up is Asda’s range of delicious Korean flavoured Plant Based Meat-Free Chicken Wings. A vegan dream, these tender and succulent wings…