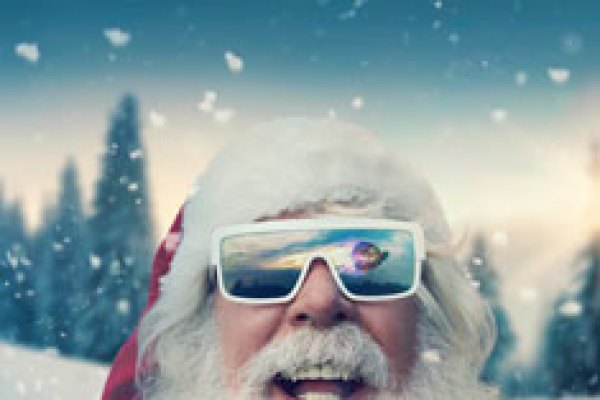 Santa Claus launches a Christmas pudding into the air 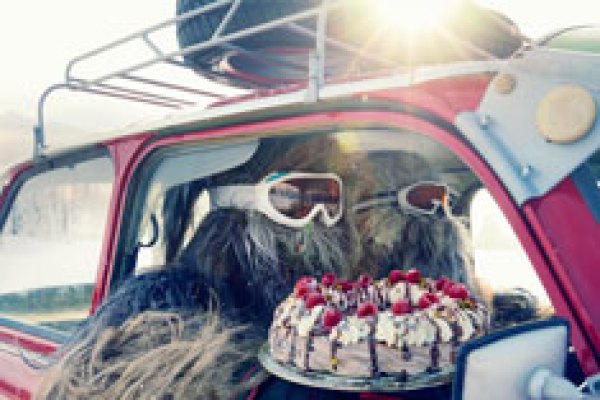 Yetis with our Extra Special Raspberry and Pistachio Wreath 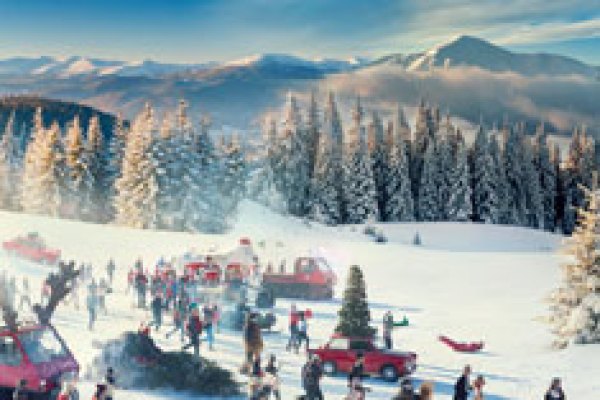 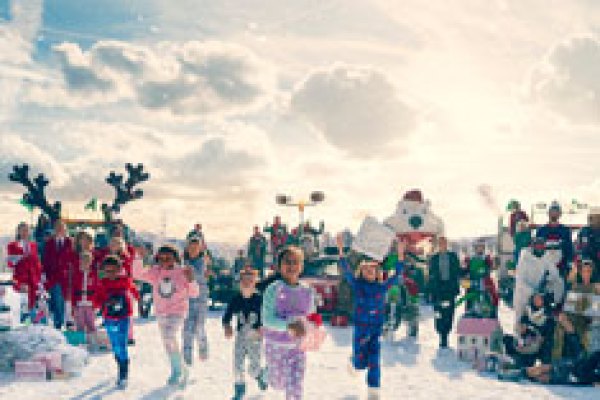 Asda set to unveil its 2018 Christmas advert on 2nd November

It’s the most wonderful time of the year – when retailers give us all that festive feeling with their Christmas ads. Asda has yet again become the first supermarket to kick off its Christmas campaign with the launch of its ‘Bring Christmas Home’ TV ad – which will hit screens tonight.

The adrenalin-fuelled ad sees Santa launch a flaming Christmas pudding into the air before an avalanche of dancing skiers, Santas on motor bikes, cowboys riding Christmas trees and even stunt driving Yetis – all laden with Asda food, gifts and George clothing – descend down a snowy mountain to bring Christmas home to an excited young girl.

According to Asda’s Chief Customer Officer Andy Murray, the inspiration for the ad was that sense of Christmas being a time when people focus a huge amount of energy and effort on bringing people together and ‘coming home’. He said: “We really wanted to hone in on a universal feeling about Christmas that people could relate to. The one thing we all kept coming back to was the sense of excitement that comes from preparing to bring your nearest and dearest together, how crazy and chaotic it can feel, but ultimately how all the effort results in something wonderful when you bring Christmas home.

“Our ad really captures the energy and excitement – as well as showcasing the range of products we have on offer that mean you can get everything you need to bring Christmas home at Asda.”

Hundreds of Asda and George products are featured in the ad, with the supermarket showcasing a number of their hero products for the festive season including: Extra Special Macarons, Extra Special Raspberry and Pistachio Wreath and the Extra Special Pork, Turkey, Apple and Cranberry Sausage Roll Wreath. And of course, no Christmas would be complete without a selection of Christmas jumpers and novelty nightwear from George.

The ad even features some of Asda’s colleagues after the supermarket held open auditions for the chance to be part of the campaign. Murray said: “Our colleagues play such a vital role in bringing Christmas home for our customers, it was only right that they were part of our festive cavalcade – and Sara and Daniel have done us proud.”

‘Bring Christmas Home’ will launch on ITV at 7.15pm and will also play out on Channel 4 during the centre breaks of both Gogglebox and Great British Bake Off: Extra Slice.

In addition to the 60 second ad, Asda will also air three 30 second adverts throughout the festive period, showcasing more of Asda’s food, gifting and party offering across both Asda and George.

Asda awards £10,000 nature prize to Yorkshire Vodka Distillery
ImageThe brand, also a part of Asda’s nurture programme, produces Dutch Barn Orchard Vodka using British apples and the experience of their world-class award-winning Master Distiller. At the centre of Ellers Farm’s ethos is to produce the best possible spirits in a way that restores and protects both people and the planet.Open to all Asda…

Children can eat for just £1 at Asda Cafés across Scotland this Summer – with no minimum adult spend
Asda has announced its strongest ever initiative to help feed children this summer, meaning kids across Scotland can eat for just £1 at any time of day in Asda Cafés, seven days a week, with no minimum adult spend required.To help tackle holiday hunger at a time when the cost-of-living is higher than ever, children aged 16 and under can access a…