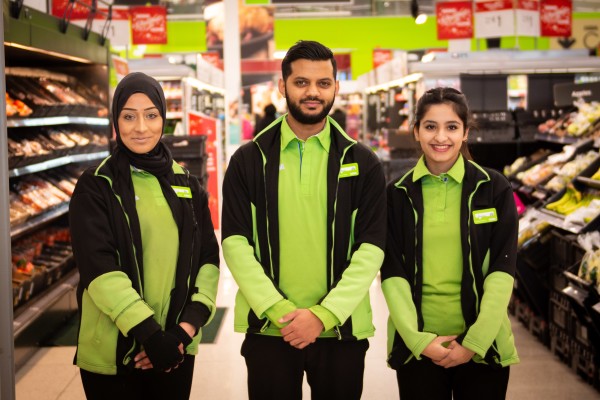 Supermarket Asda has published its 2018 Gender Pay figures, in line with the legal requirement for large companies to report annually.

In a report submitted to the Government’s Gender Pay website, Asda has stated that, for the 2018 Gender Pay Gap reporting period:

Asda’s Senior Vice President of People, Hayley Tatum said: “Rates of pay and access to benefits and opportunities are the same at Asda, regardless of gender. Whilst our gender pay gap is better than the national average and we have seen the figures improve this year, we recognise that, like many businesses, we still have challenges when it comes to female representation in more senior roles – and that is something we’re committed to addressing.”

Asda’s report details that, in 2018, the retailer has put in place a number of initiatives to work to reduce the gap over the longer term and support more women into senior roles. These include delivering unconscious bias awareness training for all of its salaried managers and introducing balanced candidate slates and interview panels for all senior hires.

Asda returns to positive like-for-like sales in Q3 and steps up support for customers affected by the cost of living crisis
Asda has today updated investors on its Q3 trading performance (Jul-Sept) and reaffirmed its commitment to supporting families during the cost of living crisis.The supermarket’s investments to drive value during the quarter resulted in a 4.7% increase in like-for-like sales when compared to the same period last year, while total revenues excluding…

Asda completes acquisition of 132 Co-Op sites
Asda has today confirmed that it has completed the acquisition of 132 grocery retail sites, with attached petrol stations, from The Co-Op as part of its strategy to enter the convenience retail space and create an exciting new part of the Asda business that brings Asda value to more Asda communities.The acquisition, which was initially announced…

Asda trials hearing services
Asda will be the first UK supermarket to offer an in-store hearing service after announcing that it will partner with Amplifon, who will provide hearing services in three of its stores.Based in the opticians at Asda Altrincham, Harrogate and Long Eaton stores, during the trial, Amplifon will be providing free hearing tests and free hearing aid…