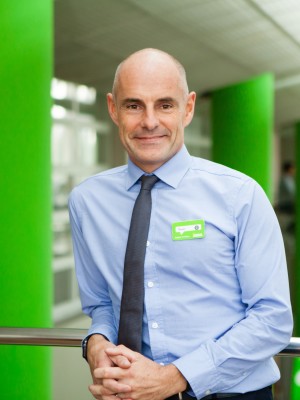 Born and bred in Yorkshire, Roger Burnley, 52, grew up in Dewsbury before attending Bournemouth University and obtaining a 1st in geography. He began his retail career as a graduate at B&Q in 1987, where he progressed quickly and held a number of roles across retail management, buying and logistics. In 1996 he moved to Asda as Director of Supply.

When Walmart bought Asda in 1999 Roger played an instrumental role within the senior integration team, splitting his time between the UK and Arkansas.

He then moved to Matalan as its Supply Chain Director, before being appointed Supply Chain Director at Sainsbury's in 2006. Roger spent the next ten years holding a number of board positions within the supermarket including; Retail and Logistics Director, Managing Director of General Merchandise, Clothing and Logistics, and latterly, its Retail and Operations Director.

Despite a career spanning three decades in a variety of roles, the retail veteran has remained committed to his home town and still lives in Yorkshire with his wife, two children and a growing flock of 20 sheep. He returned to Asda in October 2016, as Chief Operating Officer and Deputy Chief Executive and played a crucial role in its turnaround before being promoted to become Asda’s President and CEO in January 2018.

A self-confessed gadget geek, Roger spends any spare time, running, cycling, sailing and snowboarding, and is a lifelong Huddersfield Town FC fan, sitting as a non-executive director on its board.

He also served on the Board of Transport for London up until re-joining Walmart and remains on the CF Trust Fundraising board.